And Kent Haruf does it again. After my love bubbled over for Plainsong and Eventide, I was concerned about reading the last instalment in the Holt trilogy. I fell in love with certain characters and my mind was comfortable with how Eventide ended. There was a fear that Haruf couldn’t win me over again. I kept putting off reading it for that reason, but also because I knew that when I read it the story would end. Obviously I pulled myself together and sat down to read.

As with Eventide, the story doesn’t follow a set of characters. The Holt trilogy takes a snapshot of life from different perspectives and leaves you to mull it all over. There is no real beginning or end, Haruf only gives you the middle and you’re okay with that. I didn’t approach Benediction thinking that I would meet old friends or that storylines would be wrapped up in a bow. That isn’t what these books are about.

Benediction introduces us to Dad Lewis, a character called so because he is a dad and Dad is dying of cancer. We find this out very early on and the book follows the emotions that result from that situation. Other characters will pass in and out, such as the new preacher in town and his son, but we will always come back to Dad much like we did with the McPheron brothers. But I don’t want to write about the story; I want to write about how the book made me feel.

As with the previous books, Benediction took me through a range of emotions because of the skill with which Haruf writes. The author has the power to use pensive sentences to hollow out your heart and fill it with memorable characters. Each sentence has a delicate touch. The structure is simple and the book is stronger for it. By using such sparse language the emotion seeps out of the page more effectively. The book has a bittersweet tinge to it, in that Haruf will never allow his cast to rise above their issues and solve all their ills.

Kent Haruf is a true master at his craft. I’ve just read back over the previous 360 words and realised not one of them has any power to them. The Holt trilogy has had such an impact on me that it renders me rather dumb for words. I honestly don’t feel as if I can articulate my passion for these novels. Benediction is a jewel that can nestle well with the others and I am sad that it has all come to an end. I may be very new to Kent Haruf, but I can say that I have found a new favourite author whose books are more powerful than I can truly express.

Published by Picador. This book was kindly sent for review by the publisher. 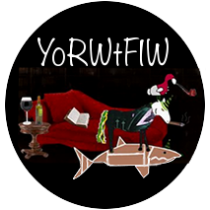 Error: Twitter did not respond. Please wait a few minutes and refresh this page.

Project Read All Of Atwood

Any books sent for review will be read and judged fairly. I won't be swayed on my opinions and will always deliver an honest review. Sometimes there will be books that just don't grab my attention for whatever reason, these may still be written about but no final review will be posted as it would be unfair to the author, publisher and work.

I am a reader by heart and can only read what I fancy, when I fancy it. I aim to always review books that are sent to me out of kindness by the publisher, but sometimes older titles or charity shop bargains may sway me first. I always aim to review a book on or just before its publication date. Of course some may come later, in which case I will aim for the paperback release date, instead.

This blog is written and edited by me in my spare time. I do not get paid or sponsored to write reviews or other content.